Ostap Soroka believes the Green Party's plan is the only one that can effectively address the economic, social, equity, and environmental issues facing the residents of Don Valley North.

A proud Ukrainian-Canadian who grew up in Mississauga, Ostap has lived in the Don Valley for a decade. He is a post-secondary educator in English and communications skills. Ostap is also an active volunteer, dedicating his time to the Multicultural History Society of Ontario, the Escarpment Biosphere Conservancy, Fair Vote Ontario, and Progress Ontario. In light of the current crisis in Ukraine, Ostap is working with Translators Without Borders to translate and relay essential information to Ukrainian refugees in French and English-speaking countries.

Ostap's passion for his fellow Ontarians inspired him to run for the Green Party. He is ready to join Mike Schreiner at Queen's Park to represent his community and bring them the responsible leadership, stability, and prosperity they deserve.

Reasons to Run this Election

After almost 50 years of waiting for the constant back-and-forth, over and over again, of voting in the Libs, watching them dither and break their promises then fall to scandal and egomania, then voting in the Tories, watching them fumble and stumble and also break their promises then sell out the people (even -no- especially their base!) to their rich cronies before trying buy our votes...only vote the Libs back in, and so it goes, around and around in a circle of insanity, hoping something good will happen and it never does. Meanwhile, the NDP get around 20% no matter if they do well or poorly, no matter if they work hard or coast, no matter if they come up with their own ideas or steal the Green's ideas (which is their only good plan in this election, it seems). This has been decades and decades of insanity and I've had it, and I know virtually everyone else has too, of all the parties. It's time for a real change. It's time for real good ideas. It's time to find the courage to vote for the only party that looks reality squarely in the face and deals with it rationally, reasonably, and responsibly, like actual adults do in the all the other parts of their lives. We can have a politics that truly and faithfully addresses the problems and the opportunities in a way that is good for everyone. We can meet the challenges of climate change to stop the destruction of our home and our children's future, while also take control and leadership of literally the most awesome potential for profit and improvement to business and opportunity and lifestyle in the history of industry and commerce by embracing the leading edge of the New Green Economy. The Green Party of Ontario is the only choice if you want to stop the insanity, to benefit from the opportunities, to make fair and equitable what is now broken and wrong and unnecessarily painful, and to actually have real representation of your interests. Oh yes, it's true. Unless you live in a party leader's riding or one of their top cronies, you have literally never had actual representation in Queen's Park. Never. Not you; not your parents; never. Here's why: even though our system was set up to elect representatives whose primary job is to represent the interests of citizens in a riding, every party except the Greens uses a "whip" which ensures that any MPP other than the leader or the closes cronies is basically just a meat-puppet. MPPs are not allowed to vote, do, speak, or write in any way at all unless they get permission or orders from their party. Those parties don't represent you and never have. They represent their interests: the richest donors who ensure their re-election chances. Then they lie to the very people who elect them to distract from this reality. That's why Ontarians shout at each other about crazy things instead of conferring reasonably about how to fix our problems and increase our opportunities. Only the Green Party of Ontario, in our very constitution, does not and will never use a whip. Each Green MPP is an equal partner to the leader and is able to concentrate primarily on your interests. The MPPs of the other parties are mostly very good people, who deeply want to help and represent you, but they are just not allowed. Only a Green MPP can and will represent you in Queen's Park. It's time for real change. It's time for real courage. Vote GREEN.

I want to earn your vote by telling you the truth. The truth is that I want to represent your interests, the interests of every citizen in Don Valley North. The truth is that only an MPP from the Green Party of Ontario can do that, because we are the only party that does not use a "whip" and so, unlike every other party, our MPPs are equal partners of our leader and so able, allowed, and encouraged to vote, speak, and act in the interests of their constituents first and foremost. The other parties use whipped voting and so all their MPPs other than the leader and the leader's cronies are just not allowed act or speak or vote without permission or orders. They mostly all very good people, sure, who want to help, but they are just not allowed. I am. I am the only candidate who can and will represent your interests. Now, I know it's a hard thing to ask you to vote Green. It might seem too risky or a waste. But if I wanted a easy path to a job, I would not have joined the Greens. We tell it like it is, even if it's not people wish were true. The other parties just tell you what they think you want to hear and it works! We are committed to reality, responsibility, and reasonable ideas that are good for everyone not just a few. Sure, the psychology experts keep telling us that we'd get more votes if we played on your fears, or expectations, or wishful thinking, but that's just not who we are. We are real deal. We are the only real deal. We are Greens. Now it's your turn to do the hard work of seeing reality as it is, doing what needs to be done, and reaching for the opportunities that are really there. It's time for real change. It's time for real courage. Vote GREEN.

1. Homes not highways
° Freeze urban boundaries, build 1.5M homes and provide people with more choices such as triplexes, fourplexes, and walk up apartments.
° Clamp down on speculation because homes are for people, not speculators.
° Invest $1B/year to build 182,000 affordable community rental homes, including 60,000 supportive homes over the next decade.

3. New Climate Economy
° Establish a transparent annual carbon budget to reach net zero by 2045.
° Electrify transportation, buildings and industry to crush pollution and lower energy costs.
° Provide up to $15,000 in incentives for homeowners for energy retrofits to help people save money by saving energy.

4. Respect for People
° Repeal Bill 124, pay PSWs, nurses and ECEs a fair wage and hire 33,000 nurses.
° Double the rates for Ontario Disability Support Program (ODSP).
° Implement UNDRIP and act on the recommendations of the Truth and Reconciliation Commission.

5. Reinvest in health and education
° Help people age in place with a $1.6B investment in home care.
° Support in-person learning and oppose any move toward mandatory e-learning or hybrid learning models.
° Enhance affordability and access to post-secondary by converting loans to grants for low and middle income post-secondary students.

6. Protect nature
° Permanently protect prime farmland, wetlands and conserve 30% of nature by 2030.
° Provide $1B in funding for Indigenous climate leadership including Indigenous protected and conserved areas.
° Make infrastructure climate ready with a $2B adaptation fund for municipalities 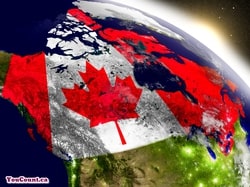 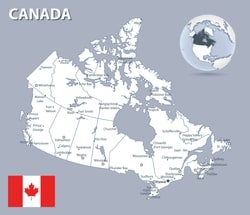 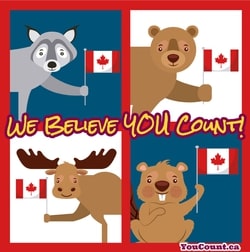 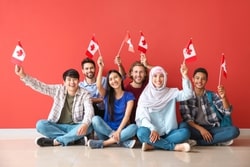 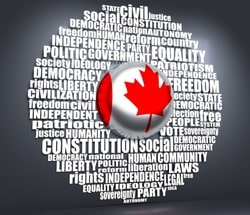 What is/are your favorite book(s)?

What language(s) do you speak?

What brought you to politics and what motivates you to stay in politics?

I just can't stand the insanity anymore of us flipping back-and-forth between two parties that never keep their promises or get things done right.

What are your hobbies?

Reading, gardening, movies, and playing with my cats.

Have questions for Ostap Soroka about their policies or recent public
engagement? We help collect questions and forward them to your politicians.

Is something on this page not quite right? Let us know below so we can look into it.

Thank you for your feedback!

This site uses cookies from us and our trusted partners to make your browsing experience more convenient and personal. Cookies store useful information on your computer to help us improve the efficiency and relevance of our site for you. In some cases, they are essential to making the site work properly. By accessing this site, you direct us to use and consent to the use of cookies listed in the cookie policy. For more information, refer to YouCount's privacy policy and cookie policy.